Is there anything better than the joy of not moving a muscle and enjoying delectable shows and movies?

Well…probably, but we’re feeling a little lazy, so that’s exactly what we have planned for this weekend. If you have a lazy day planned, you’ll need some amazing plot twists and character development to watch while your extra-large pizza arrives.

In this Caprock blog, we’ll continue our series on titillating HBO television, delivering blank new suggestions for your viewing pleasure. Just don’t blame us if you spend the whole day on the couch!

Nearly 20 years later, The Wire has garnered no shortage of acclaim as an inexplicably recent meteoric rise in popularity has propelled the show into “classic TV” territory.

The Wire is a complex, messy, blurry look at early 2000s Baltimore, rife with crime, corruption, and the people living in it. Created by David Simon, the show was revolutionary for its time, forgoing clean character arcs and plot devices for an incredibly complex network of people and systems.

Where other shows had the cops as the good guys, getting their man every episode, The Wire makes the viewer question what a good guy even is.

The pacing of the show is variable, often crawling so the viewers can soak in every detail and moment with clarity and weight. Much like Breaking Bad (another example of classic TV), The Wire is never in a rush and shows what needs to be seen. At times, whole arcs can seem irrelevant and boring, only for them to tie in later and add yet another layer to the plot.

In eschewing the classic good guy/bad guy tropes, The Wire is able to show what real life is for many, from politicians to drug addicts, all with equal importance. In the creators’ and writers’ eyes, this show was supposed to be true to the people and the system it portrayed.

The Wire’s unequivocal best strength is its ability to humanize everyone and illustrate the flaws in the system that string everyone along, like a faceless puppetmaster. The Wire is bucket list TV, for sure.

Ever wondered what a futuristic western with robots and an engaging but murky plot would look like? Well, that’s a weirdly specific thing to wonder about, but Johnathan Nolan beat you to it and made Westworld just for you!

Westworld, as the name implies, is set in the American West—or at least, that’s what it’s intended to look like. In actuality, the entire setting is a theme park, populated by extremely realistic robots that populate the town. In the theme park, actual humans are given free rein to explore their fantasies and desires on the robots.

As you could guess, some of the darkest fantasies play out on the screen, from raunchy to downright draconian. And the robots are designed to simply not care, no matter what happens. But that doesn’t exactly go to plan.

Westworld is a whirlwind of a show, keeping the viewers guessing the structure of the plot as much as what happens next. We guarantee you’ll be enthralled—just don’t think too hard about it.

Won’t You Be My Neighbor

In the #MeToo era, there’s a budding expectation for all public figures to have some dark side, be it a terrible tweet or a history of assault. That makes Won’t You Be My Neighbor both refreshing and jarring, revealing a man who was just as caring off-screen as on.

First airing in the tumultuous late 60s, Mister Rogers’ Neighborhood portrayed messages of kindness amongst a time of division, racism, and xenophobia. The documentary movie delves into Rogers’ faith but keeps the focus on his show and his mission. As the documentary continues, it becomes clear that Rogers’ faith and desire to instill children with good values could be felt in his interactions with people.

Tom Hanks, expertly portraying Rogers, mimics his slow, thoughtful personality to a T. People who knew him said he lived at his own pace, slowing people down even in the 60s and 70s. These qualities make him an anomaly today, where the best of us are eventually exposed and “canceled”.

For an inspiring, feel-good documentary about a man on a mission to inject kindness into America’s children, look no further than Won’t You Be My Neighbor.

Jordan Peele’s Get Out was extremely well-received, making the success of Us that much more impressive. The densely layered horror movie documents the attack of an upper-middle-class African American family by a mysterious band of killers that strangely looks like them. The film is full of symbolism and nuggets for discussion, with many viewers seeing it as a compelling horror movie and a commentary on the American way of life.

In Jordan Peele’s latest movie, the horror is layered, with even the items used to kill serving a different purpose. It’s rare that movies have so much to discuss, especially ones in this genre. If you like Get Out, chances are you’ll be enthralled by Us.

Relax In Your Caprock Apartment

So you’ve got dozens of hours of quality programming to watch, so cancel all your plans and prepare to relax in your Caprock Apartment! For more suggestions or more information on our offerings, contact us today!

With the hustle and bustle of work, family and life, sometimes we forget to explore the beauty and wonder of what’s in our own backyard. The next time you’re feeling adventurous, check out Hueco Tanks State Park & Historic Site.

There are many ways to enjoy Hueco Tanks. You can hike, rock climb, camp, bird watch, study nature and history, have a picnic and stargaze.

Early visitors to the site left images on the rocks, and these images connect the modern world to the mystery, ceremony and conflict of past cultures of over 1,500 years ago.

Hueco Tanks is home to many different species of plants and animals, so you never know what you might see. Plant species range from desert, mountain, aquatic and grassland dwellers. 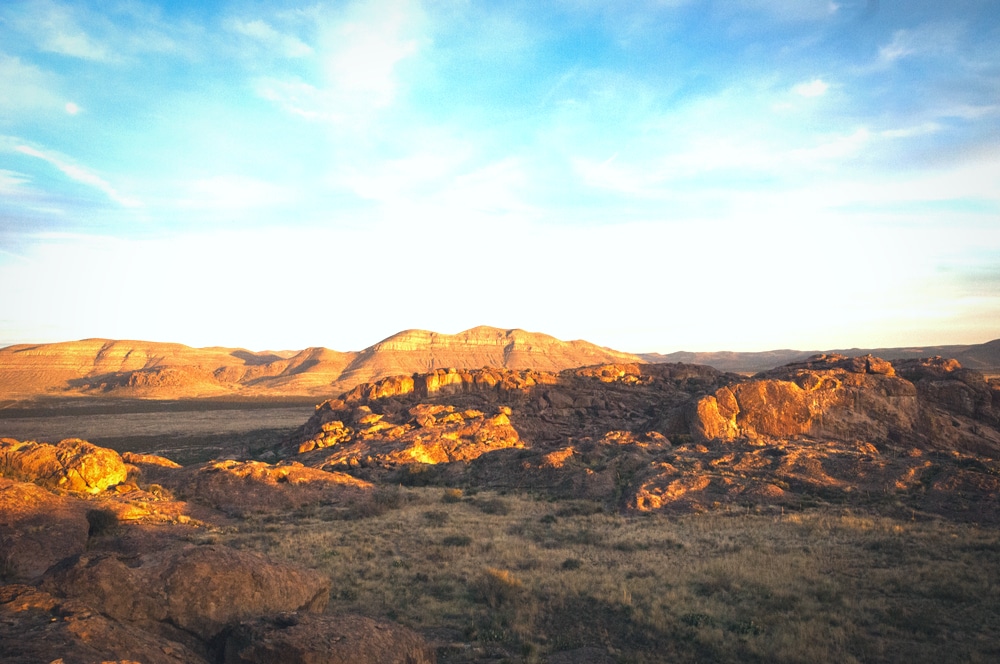 More than 200 species of birds have been spotted at the site, along with the “fairy” shrimp, rattlesnakes and several types of amphibians. Bobcats, gray foxes, coyotes, javelinas, badgers, ringtails, skunks, raccoons, mountain lions, rabbits, rodents and bats have all been known to make an appearance.

Guided and self-guided tours are available to protect the park’s fragile rocky resources. Guided tours need to be booked at least a week in advance, and you’ll need to request a self-guided permit up to 90 days before your visit, since only a limited number are issued each day.

For Caprock Apartment residents, getting to Hueco Tanks is easy. Simply take I-10 East out of the city and into nature.

Wow Your Guests with Unique DIY Wall Decor for Your Apartment

Why Apartment Living is the Best Choice in 2022

Affordable Luxury Apartments: What We Have to Offer

The Psychology Behind Tidying Up and How to Maintain Order

The Ultimate El Paso Culture Guide: 3 Things You Should Know When Living in the Border City

Finding Harmony in Your Apartment: The Art of Feng-Shui Decorating Elements

Everything You Need to Know About Moving and Renting in El Paso, Texas

Jessy Garcia
20:27 03 Oct 17
10/3/17 Update!!! So after talking with management they were more than willing to Fix the problems that I stated below. They made everything right and not only made it right but made me feel like family. Yes this complex is older but they are investing to improve and make it feel like new. I will say what this apartment complex has here versus other complexes is a staff that treats you like family, from the office staff to the maintenance staff they care for you and how you feel. DO NOT MOVE HERE!!! A/C units are old and noisy enough to shake your apartment walls when turning off and when you ask to get a work order they say until it fully breaks you have to live with the noise of a loud unreliable A/C unit that sounds like a motorcycle in your kitchen and I'm not even trying to joke or exaggerated when explaining how loud and unreliable their A/C units are at this complex, Keep in mind that is only one of the issues here. Plumbing is another issue that takes forever to get fixed, for me it took 4 months to get a working toilet in my 1 bed 1.5 bath.This complex is falling apart.